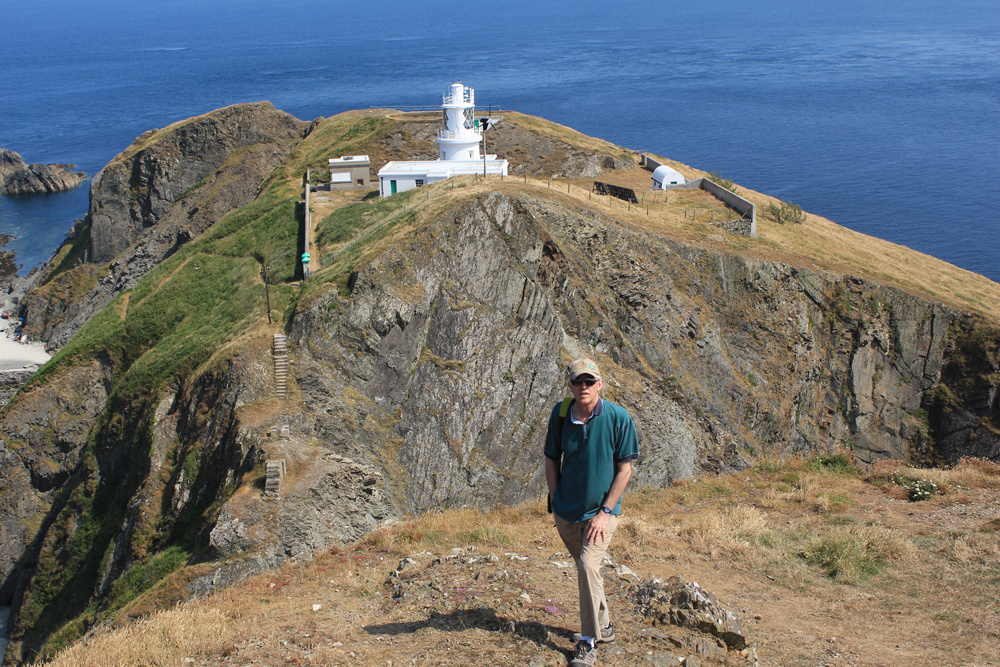 Lundy South lighthouse stands at the south-east corner of the island and its flashing white light is visible for 15 miles. The first light was a petroleum vapour burner, but was converted to electricity in 1971. When modernised in 1994, the station was automated and converted to solar power with the the light in the lantern converted to an Orga rotating beacon.

Lundy South lighthouse was built in 1897, at the same time as Lundy North lighthouse, both replacing the original lighthouse at the centre of the island, which was operational from 1819 to 1897.

Lundy lies off the coast of North Devon, where the Atlantic ocean meets the Bristol Channel, a granite outcrop, three and a half miles long and half a mile wide.