Pave the Way looks at the Jurassic Coast in Dorset through the eyes of a painter, a quarryman and a fisherman, each with a long-standing connection to the unique landscape of the Isle of Purbeck. This short 3D film invites viewers to take a journey into the distant past. Pave the Way, directed by Caroline Orme, was made possible by the support of Ravensbourne and The National Trust. 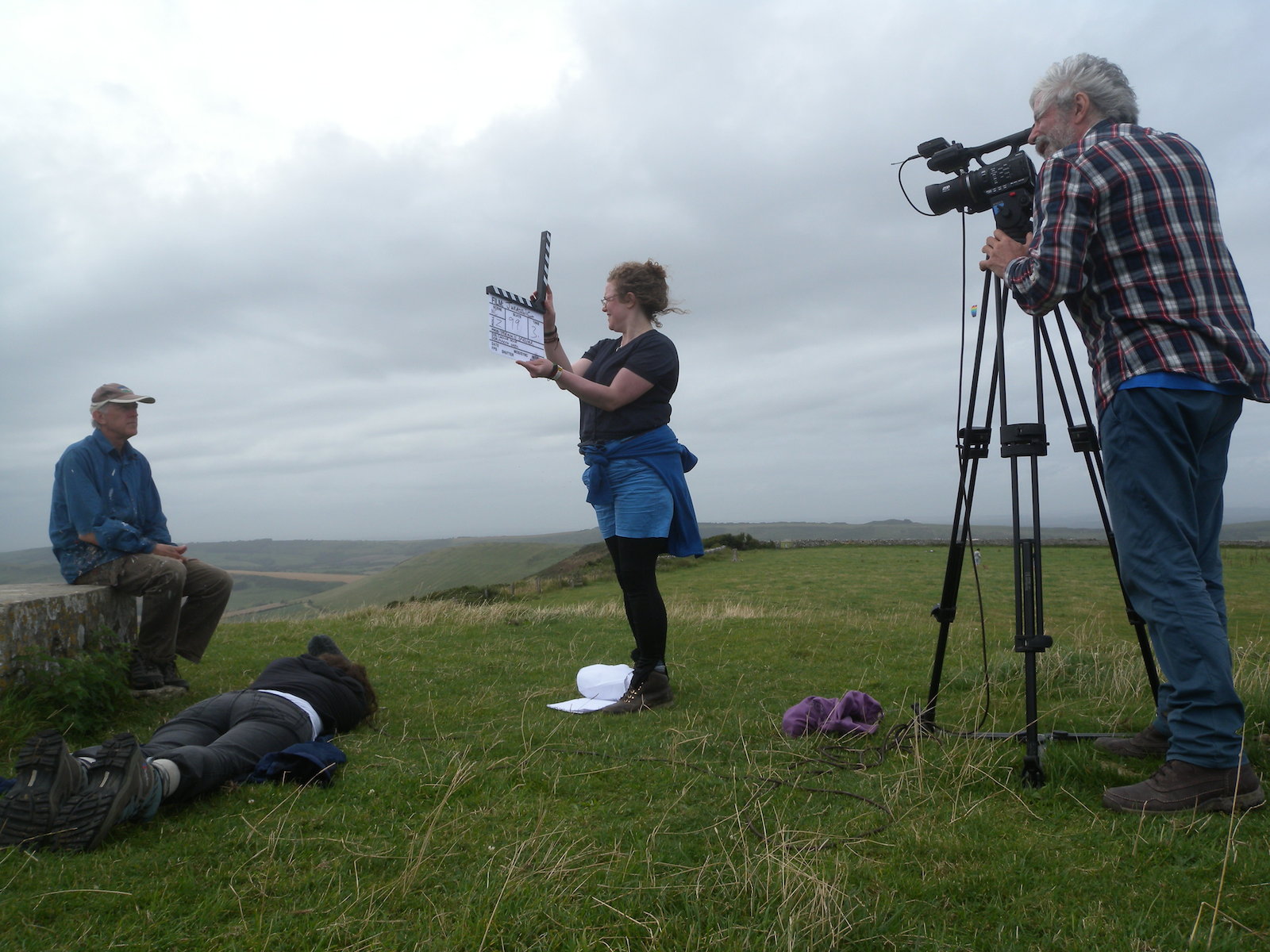 Filming by an ancient burial mound on Swyre Head, the highest point in the Isle of Purbeck.