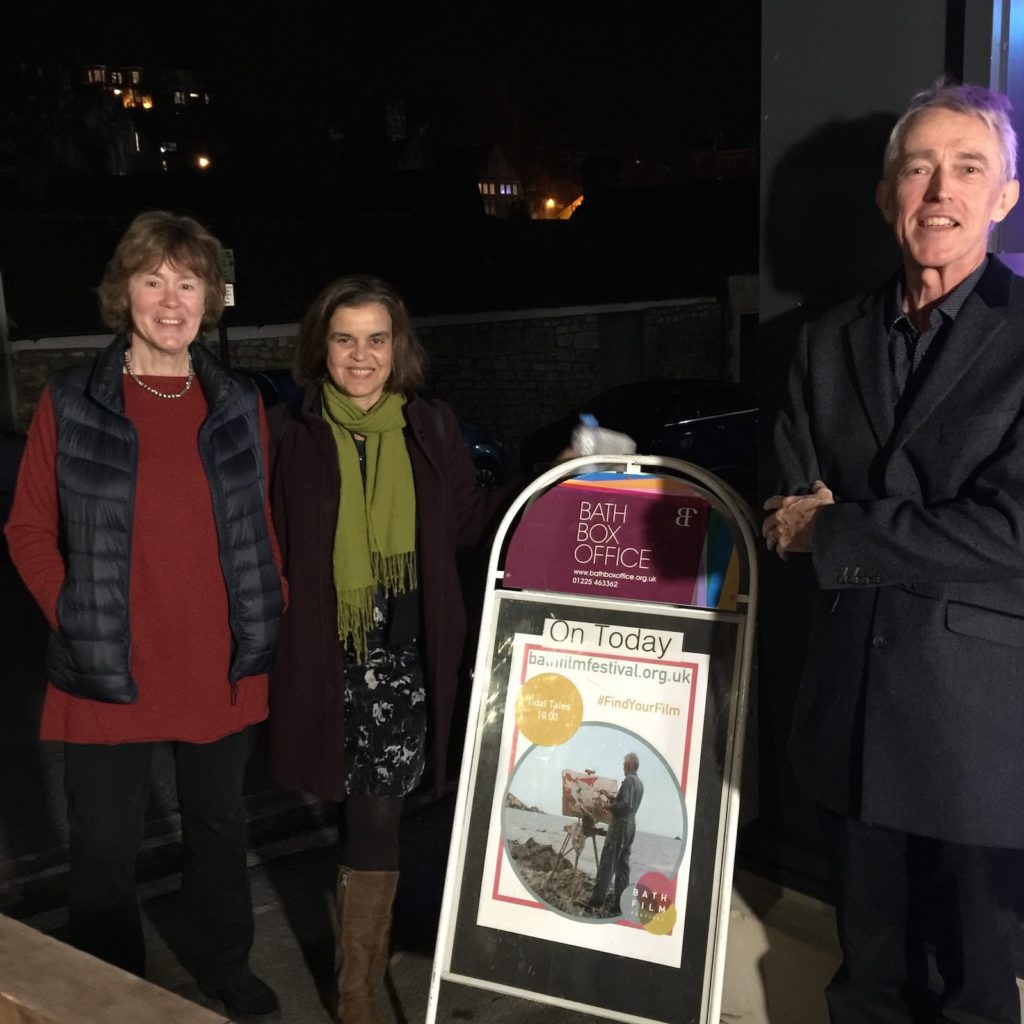 Pillars of Light, The Art of Jeremy Gardiner – award winning documentary film – was featured at this year’s Bath Film Festival as part of TIDAL TALES, an event that explored our relationship with the ebb and flow of arguably the most powerful and transforming natural force on the planet.

Estuaries and shorelines hold a deep fascination for us – washed by the tides, they are constantly changing places of climate and light extremes, working to overlapping sets of rhythms and tempos, often alluring and sometimes dangerous.

Mary Newman, Keeper of Start Point Lighthouse, drove all the way from Devon to watch the film with us. We had a full house at the Widcombe Social Club and a very attentive audience it was!