Gardiner can be seen as part of an older tradition in his selection of coastlines and islands as subject matter. The Dorset and Cornwall coasts, and the islands of Fernando de Noronha are all appealingly “unspoilt”. Their geological features and the hardness of their rocks (or, in the case of Fernando de Noronha, geographical isolation and the lack of fresh water) make them unsuitable for large–scale industrial or urban development. Walking on the Isle of Purbeck offers the experience of solitude, silence and a sense of calm which contrasts eerily with the evidence of the geological upheavals of the past. Nineteenth-century artists deliberately sought out such places: they provided suitable subjects for painting but also environments suitable for artists who did not want to be disturbed by curious tourists. In the twenty-first century, these reasons for aesthetic appreciation of the coast still apply, and they are strengthened by efforts to preserve such places, such as the granting of World Heritage Status to the Jurassic coast and the acquisition by the National Trust of long stretches of coastline, both in Dorset and in Cornwall.

Gardiner uses boatbuilding materials and equipment to give his paintings the appearance of having been around for a long time and to instill a sense of history, as well as evoking the aesthetic effects of light falling on the patinated surfaces of old hulls. Scraping and sanding are used to suggest the appearance of painted wood when it has been encrusted with salt and worn down by the waves. As a final touch, the backs of the paintings are sealed with yacht varnish. John Brett’s paintings also show a strong interest in the different textures of a landscape – from the transparency of the waves and sky to the softness of turf and the hardness of the rocks. In some of his paintings he experiments with stamping and printing techniques to differentiate types of material. But Brett was confined by tradition to oil paints, and to the rectangular canvas. With a greater range of media at his disposal, Gardiner devotes much attention to these differences in texture, building up and sanding down, giving his works an intensely tactile quality. The irregular pieces of wood and handmade paper he paints on, which he has compared to the slabs of stone assembled in a quarry, also invite us to exercise our sense of touch, in the imagination if not in reality. Like the slabs of stone, each one is unique. 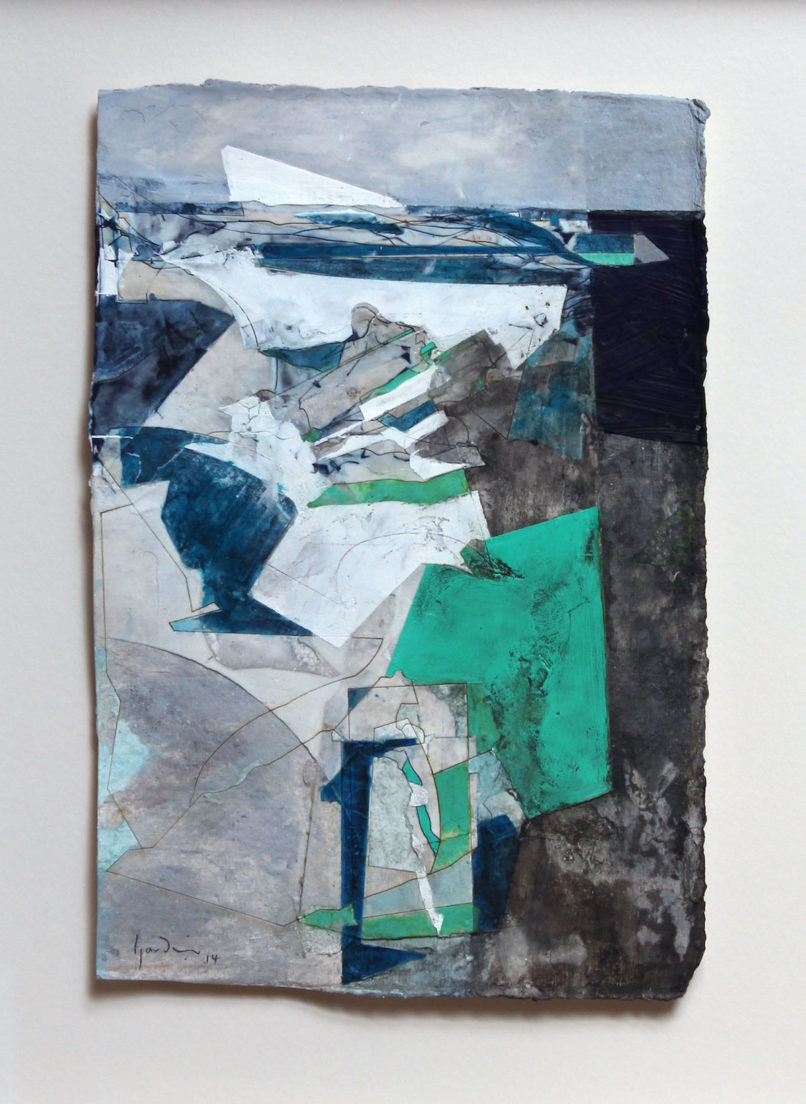 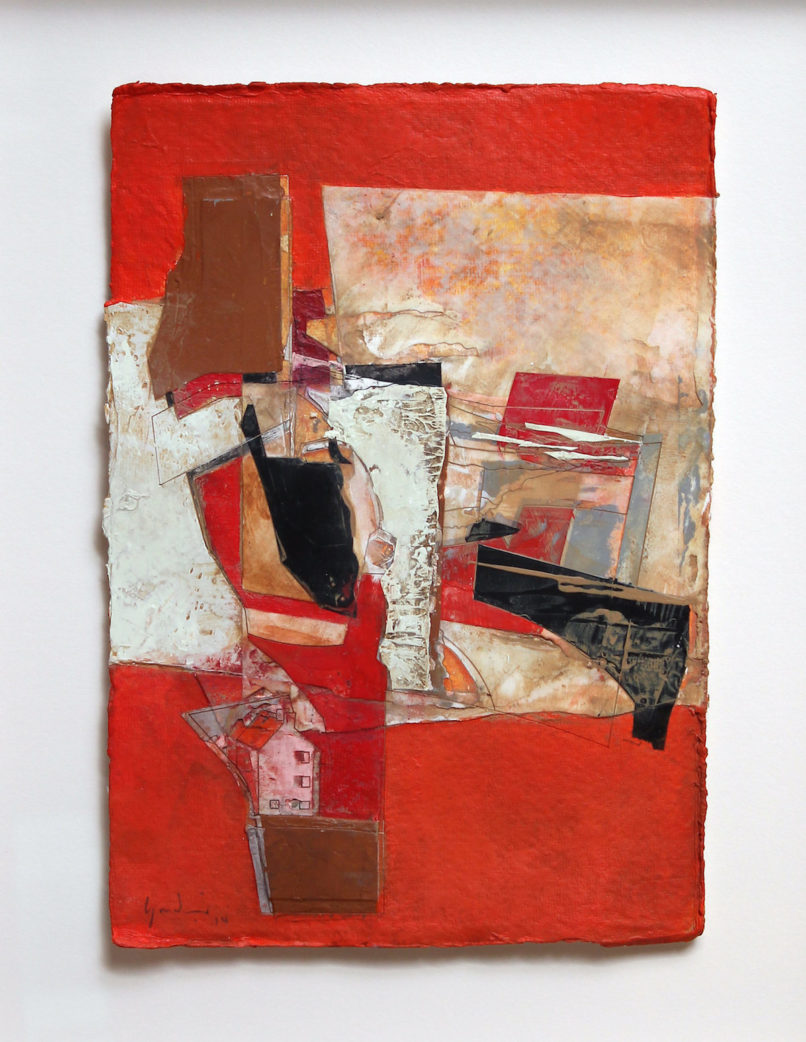 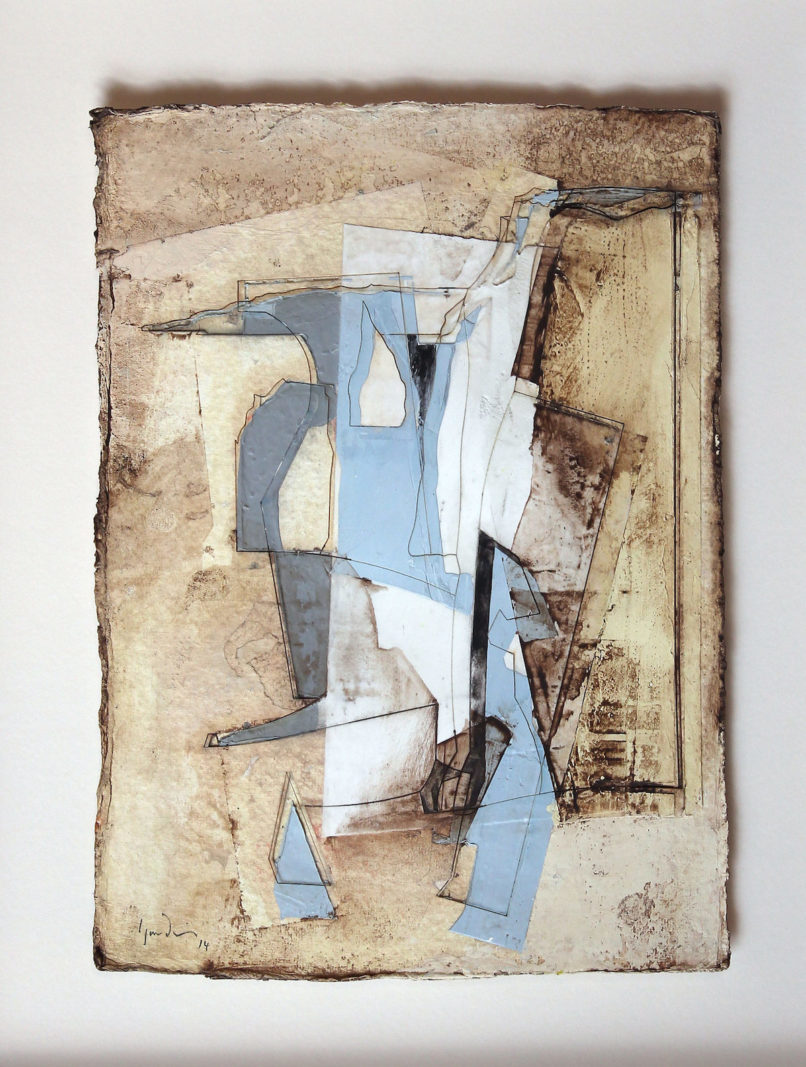 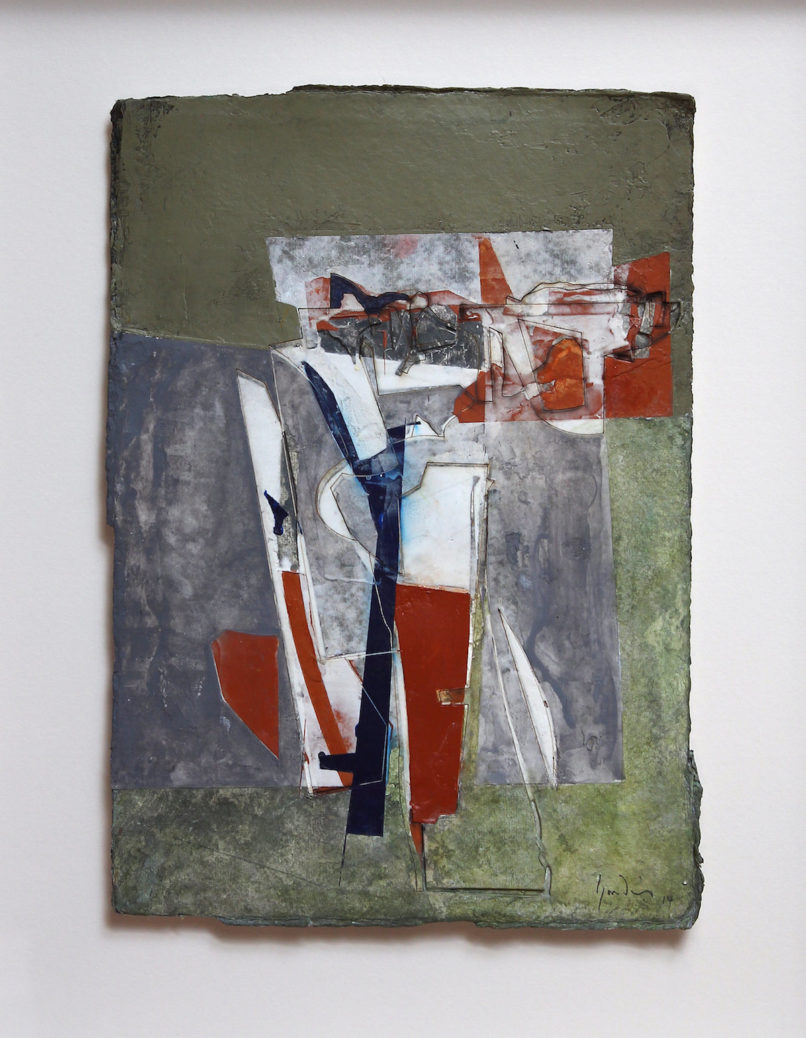 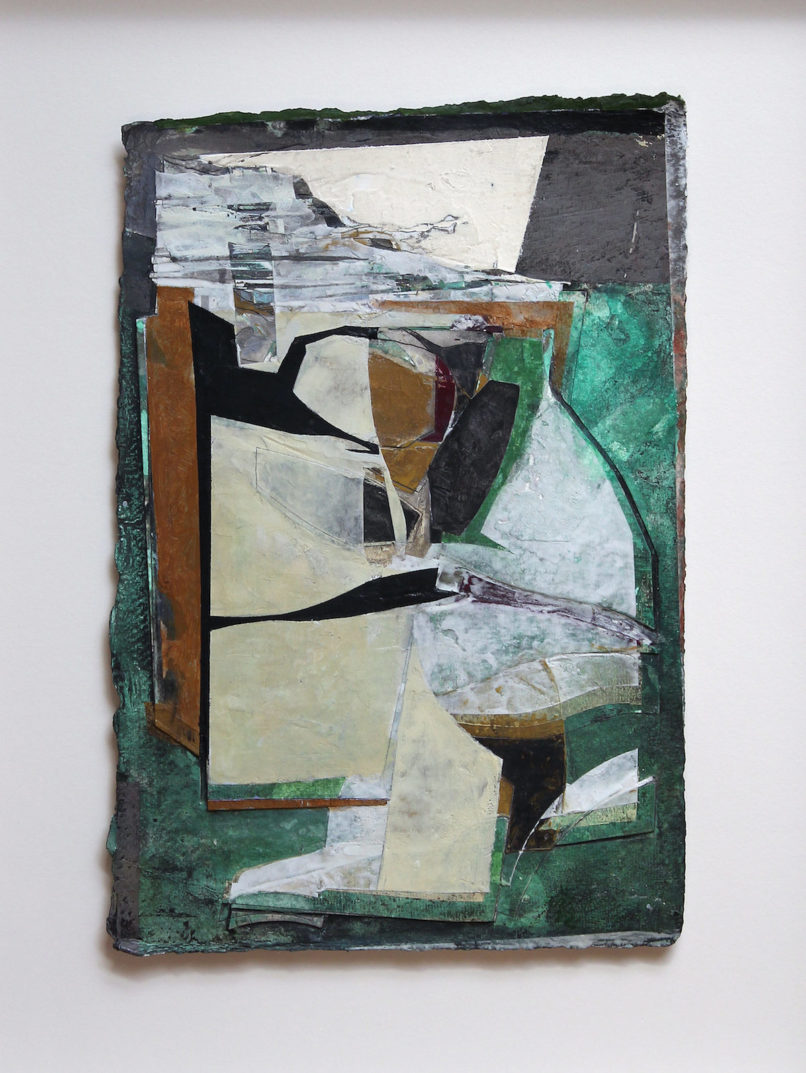 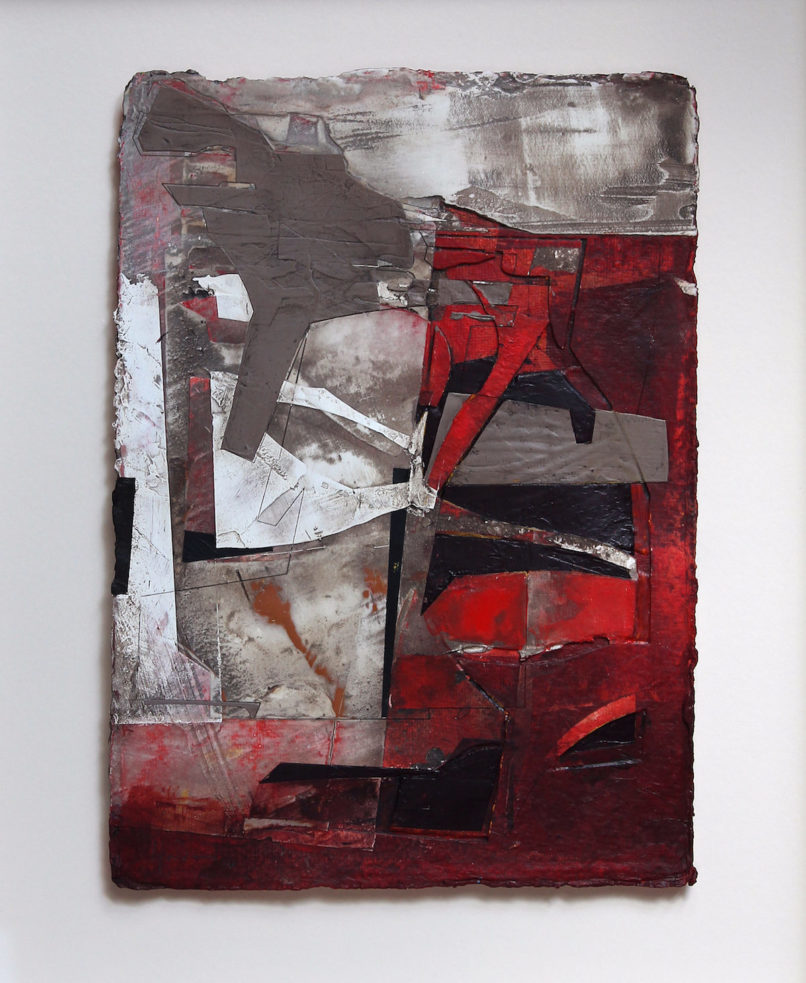 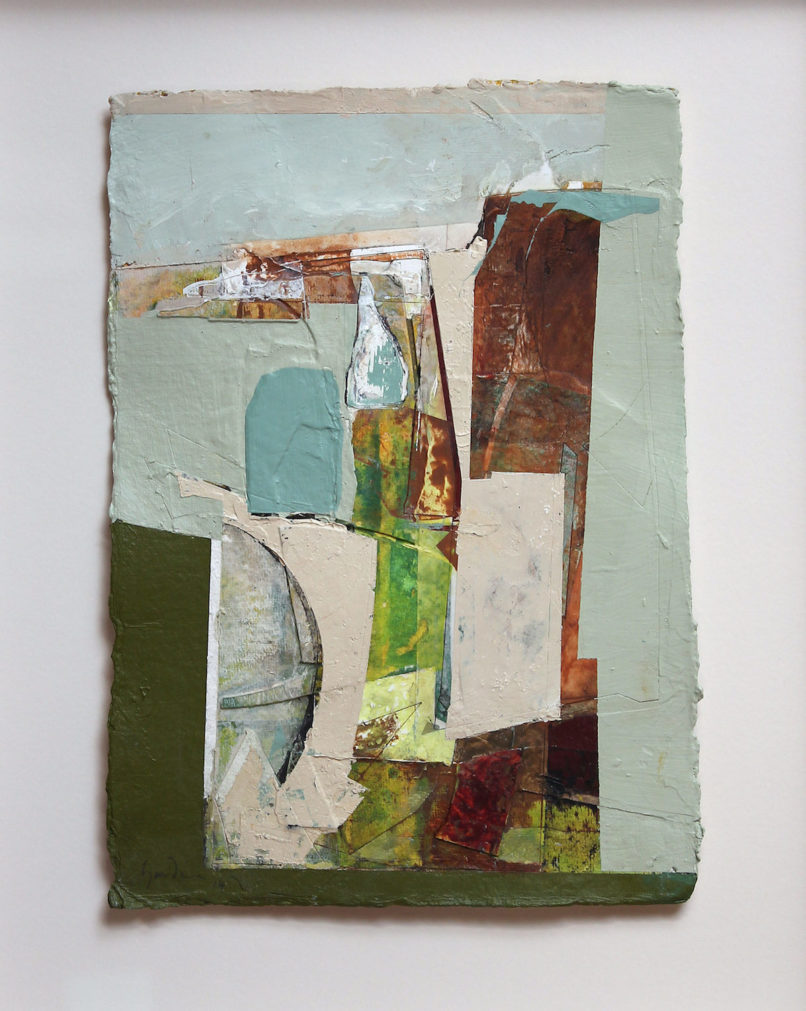