Along the Dorset Coast | Selection

Landscape painters broadly speaking – for the category is as broad and various as the subject itself – may be said to come in two kinds: there are what might be called without the least disparagement – for the great Turner would head any such list – the Travellers, who find their material where by chance or design they find themselves. And there are the Locals, who would rather work themselves into an ever-deepening familiarity with their chosen country, and, like Constable, perhaps even make it in time their own.

Jeremy Gardiner is very much a landscape painter of this second sort, for all that a spot lately and particularly favoured by him is a remote and all but desert island off the coast of Brazil. But it is the southern coast of England, and in particular the dramatically lovely stretch that runs some 70 miles from Hampshire to Devon, taking in the whole of the Dorset coastline on the way, that now principally claims him. Latterly re- christened the Jurassic Coast, this since at least the mid-19th century has been celebrated for its fossils: for the fossil record laid down some 140 million years ago, beneath strata that were heaved and rippled only some 70 million years ago, is being constantly laid bare by the countless tides, that even now tug at and abrade it, for all man’s hopeless efforts to hold them back. He has walked this coast, ridden it and even flown over it. He has drawn it endlessly, studied deeply its history, its geology and, above all, its palaeontology. All this long experience and innate sympathy, to say nothing of deep and subtle actual observation, he now distils into these remarkable paintings.

But clearly they are not landscape paintings in any conventional sense of the observed record and response, a single integral view seen and noted, if not actually resolved, there and then. Yet such work out in the landscape, direct from the subject, is fundamental to his practice, indeed is its very underpinning. He sets out with a bag full of irregular pieces of prepared card or board, to work on where and when he feels he must – where the particular view touches who knows quite what visual and responsive nerve. These he brings back to the studio, to work from, or with – for some may become physically part of the final work. And, true to such response, each painting carries particular and closely recognisable elements of the chosen, familiar, scene – here we see Durdle Door, now the clear sweep of Eype, now the stark profile of Old Harry. The Pinnacle, The Haystack, Informing every piece, is a clear, a palpable, sense of place.

But these, important as they are, delicately formalised and abstracted to a degree, remain but elements in a wider scheme. Recognisable as they may be as views, they are never descriptions, even up to a point, nor even schematic representations, for the view sweeps or conflates beyond any possible direct experience of it, as it is. So, along with the noted, suggested landscape, here in the work we find other elements, other metaphorical promptings and possibilities, other qualities and presences that are quite as much physical as imaginative. Even those bits and pieces, on which he works out in the landscape, have their part to play, in setting a kind of formal counter-point and arbitrary suggestion against the thing seen.

And by the sheer physicality of the final paintings themselves, in the actual thickness and solidity of the substantial wooden blocks that are their practical supports, and then in the often drastic modification of their surface, they seem indeed more made than painted. With the addition of perhaps only a superficial element, they are rubbed and scraped, incised, stripped down, cut through layer by layer, left to bake in the sun, and then painted, and rubbed and scraped again. And laid bare deep within it will be the physical image of the fossil fragment appropriate to the very spot, that is the nominal subject of the work. In short the very process of their painting and making is an image in sort of the processes of the earth itself – of surfaces rubbed and polished, eroded, abraded and cut through, stratum by stratum, just as the cliff is cut away by the implacable sea.

So quite what is it that we are seeing, and above all feeling, before these rather strange, and rather lovely things? There is certainly a romanticism to it in which we can readily share, that strikes a plangent, atavistic chord, an unspoken nostalgia for an unknowable past, and a sense that all things must pass, even the rocks themselves and the endlessly restless sea. They are visual metaphors, perhaps, not just for what is seen but for what is felt, essential distillations, as it were, to be mixed with other senses, other feelings. For the deeper sense evoked is perhaps that of memory, and more than that, of an unlayering of memory, leading us back into an unfathomably deep and impenetrably mysterious past, time out of mind.

There is of course a clear distinction to be drawn between the healthily romantic and the sentimental. Subtle, knowing and beautiful as these paintings are, there is nothing sentimental to them, but rather a quality quite its converse, which is to say a clear, headed practicality, and the sense that they could only have been made now. All true artists acknowledge their influences, for the whole of Art is there to be made use of, and Jeremy Gardiner is no exception, openly accepting the long tradition of the British landscape in which he works. But it is, for him, one that is set very much in a modern context. He looks perhaps to John Tunnard, Eric Ravilious and Alexander Mackenzie, and particularly to the metaphysical landscapes of Paul Nash, on the one hand, but quite as much to the more elliptical, conceptual and inter-disciplinary approaches of our own time. And in all of this he remains nothing if not his own man. 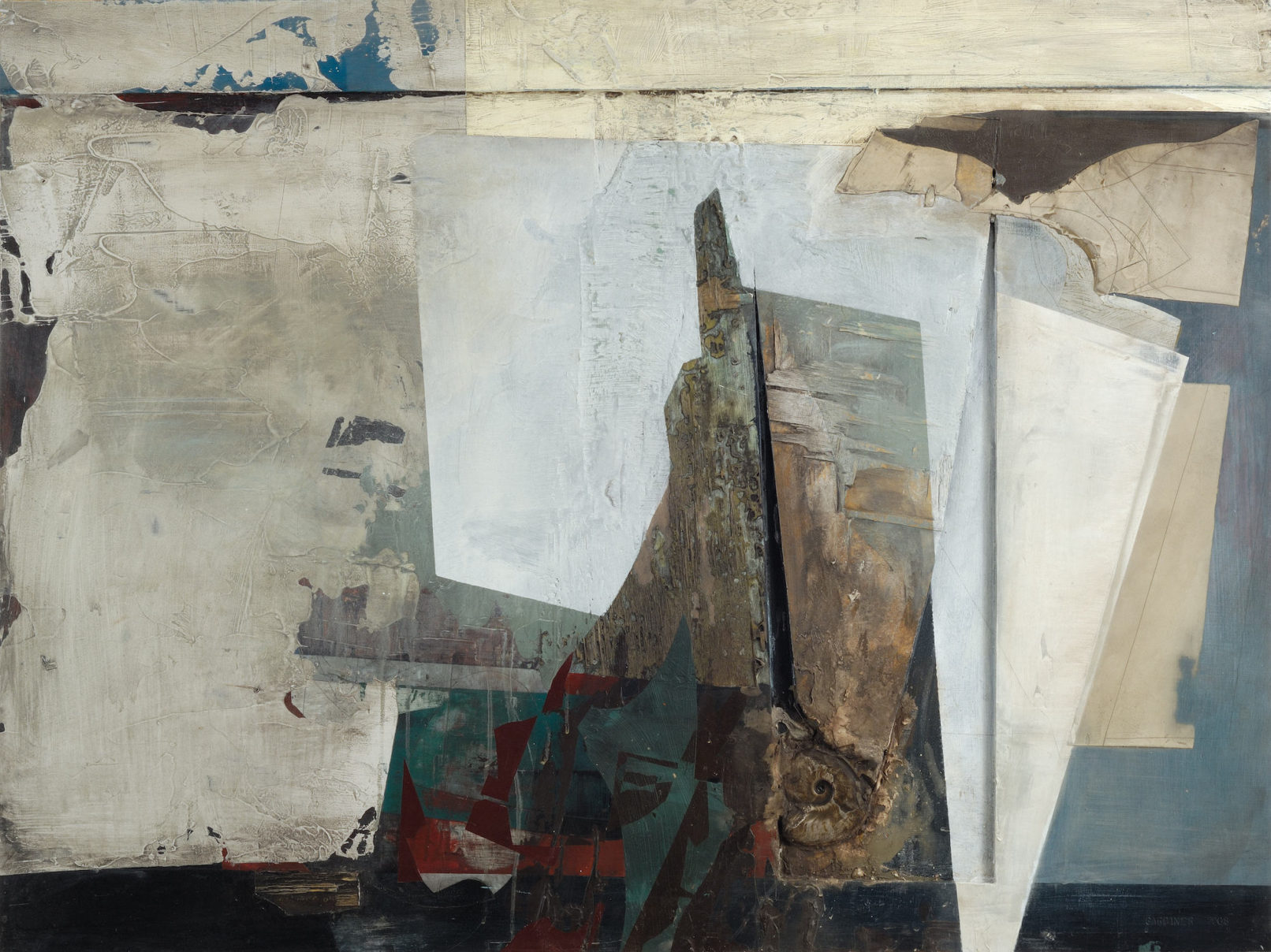 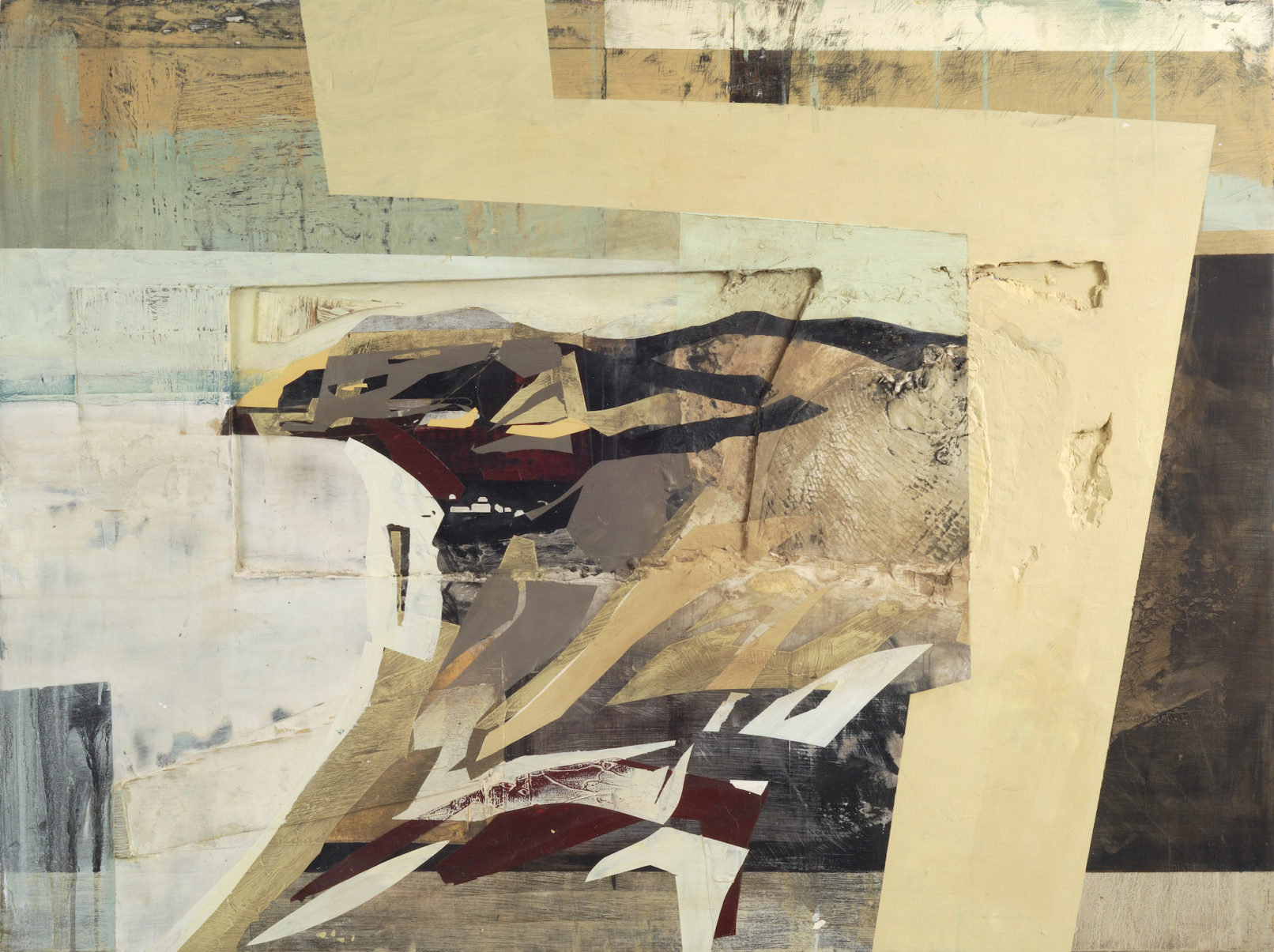 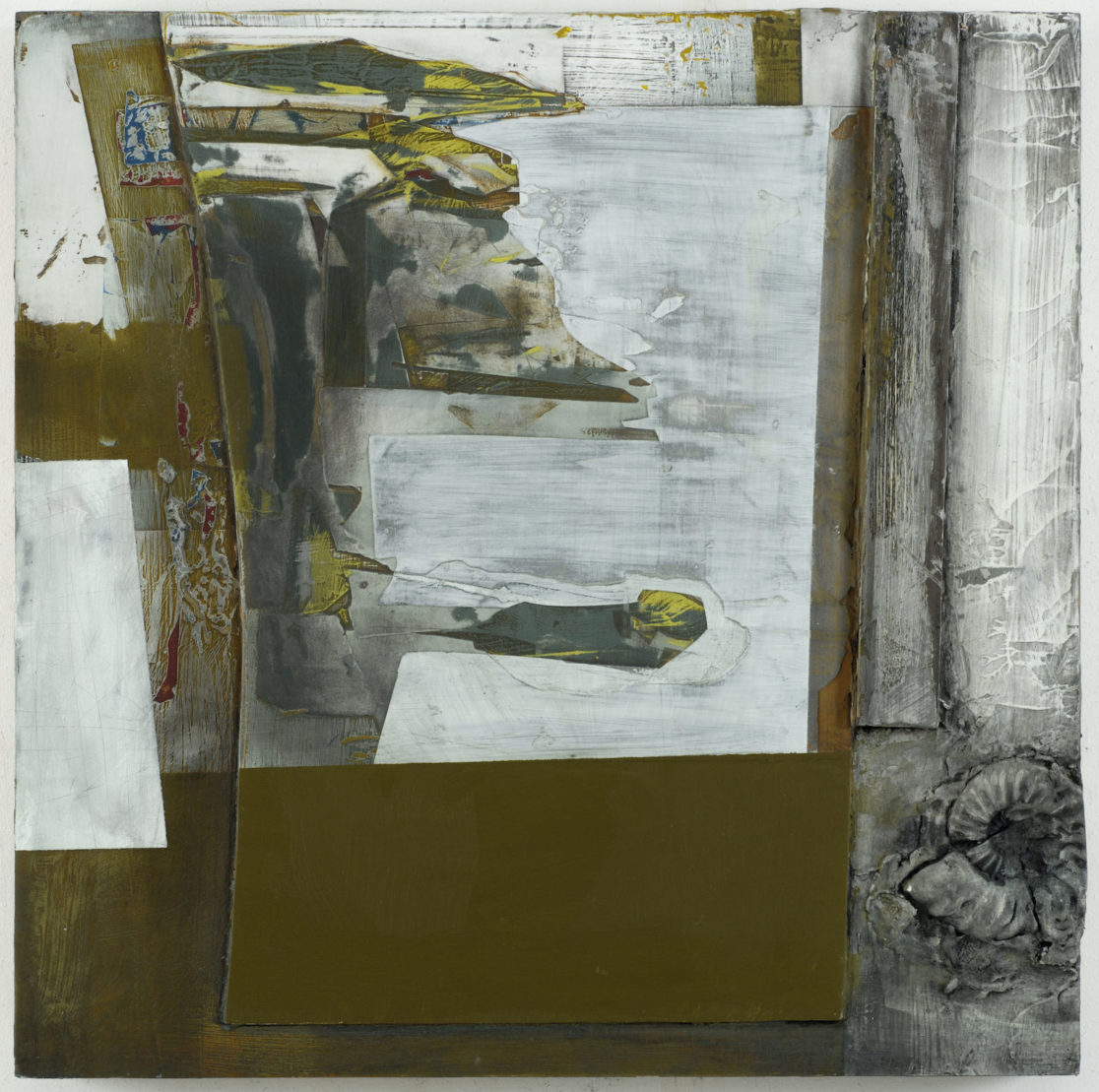 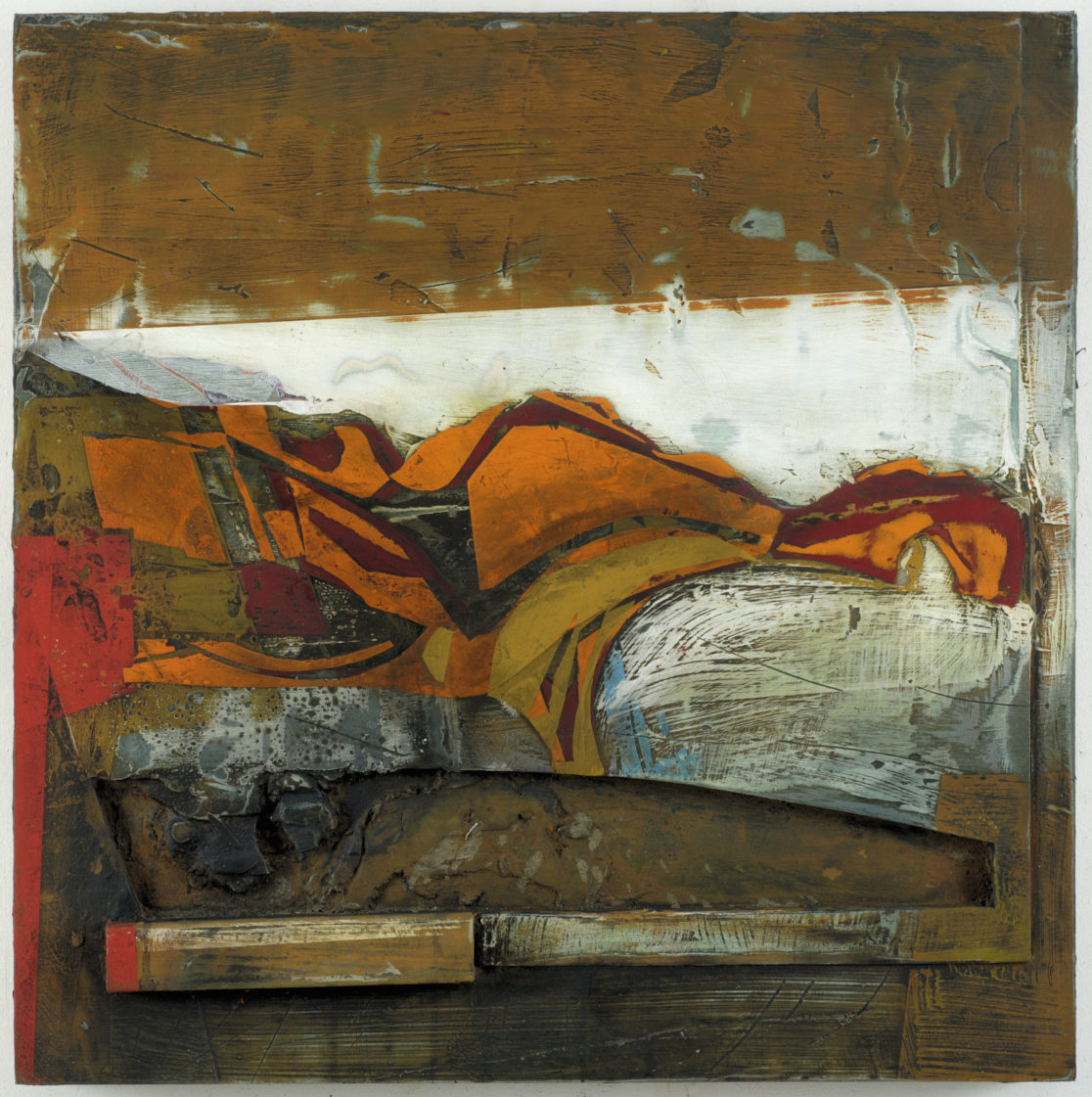 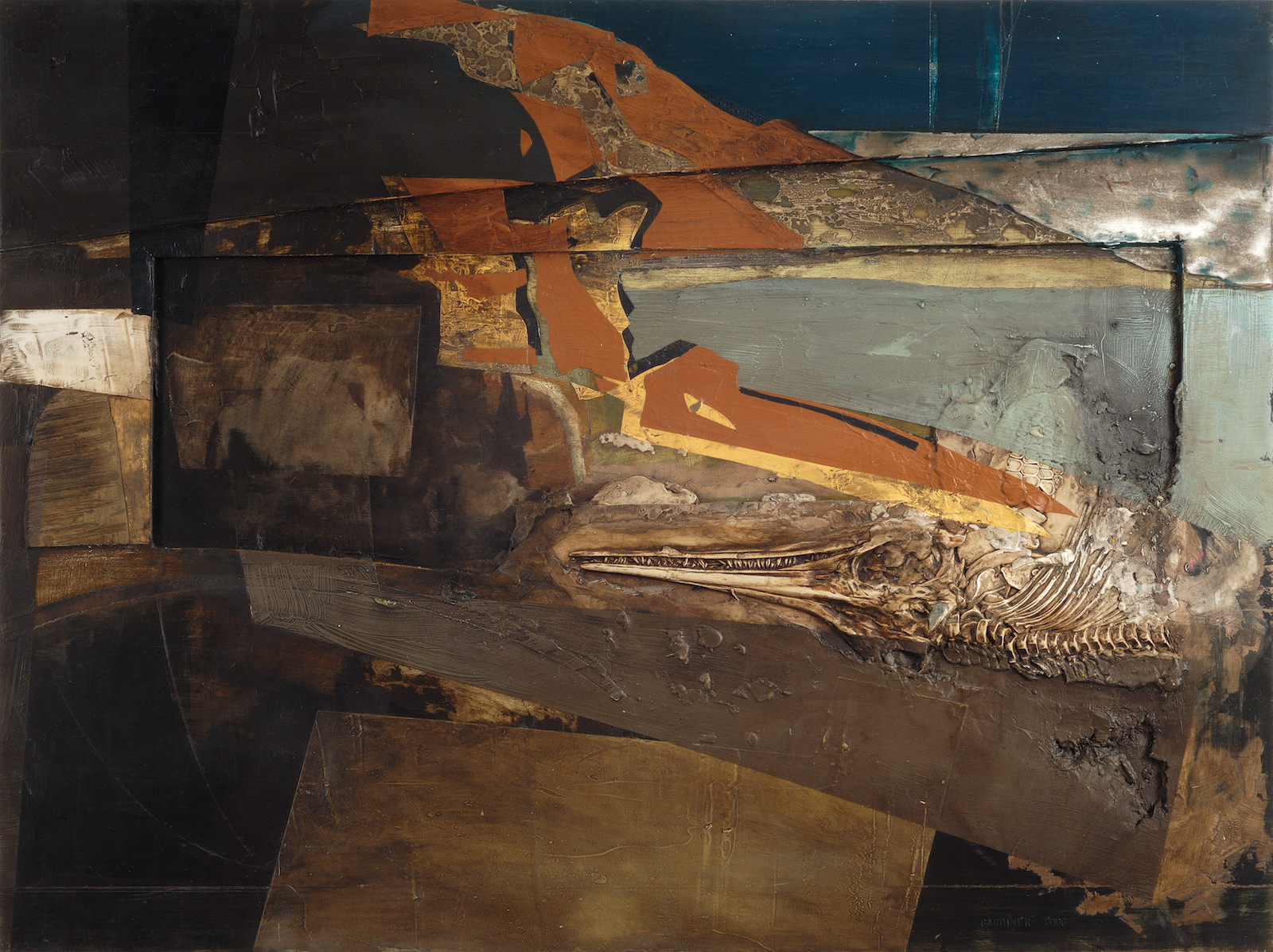 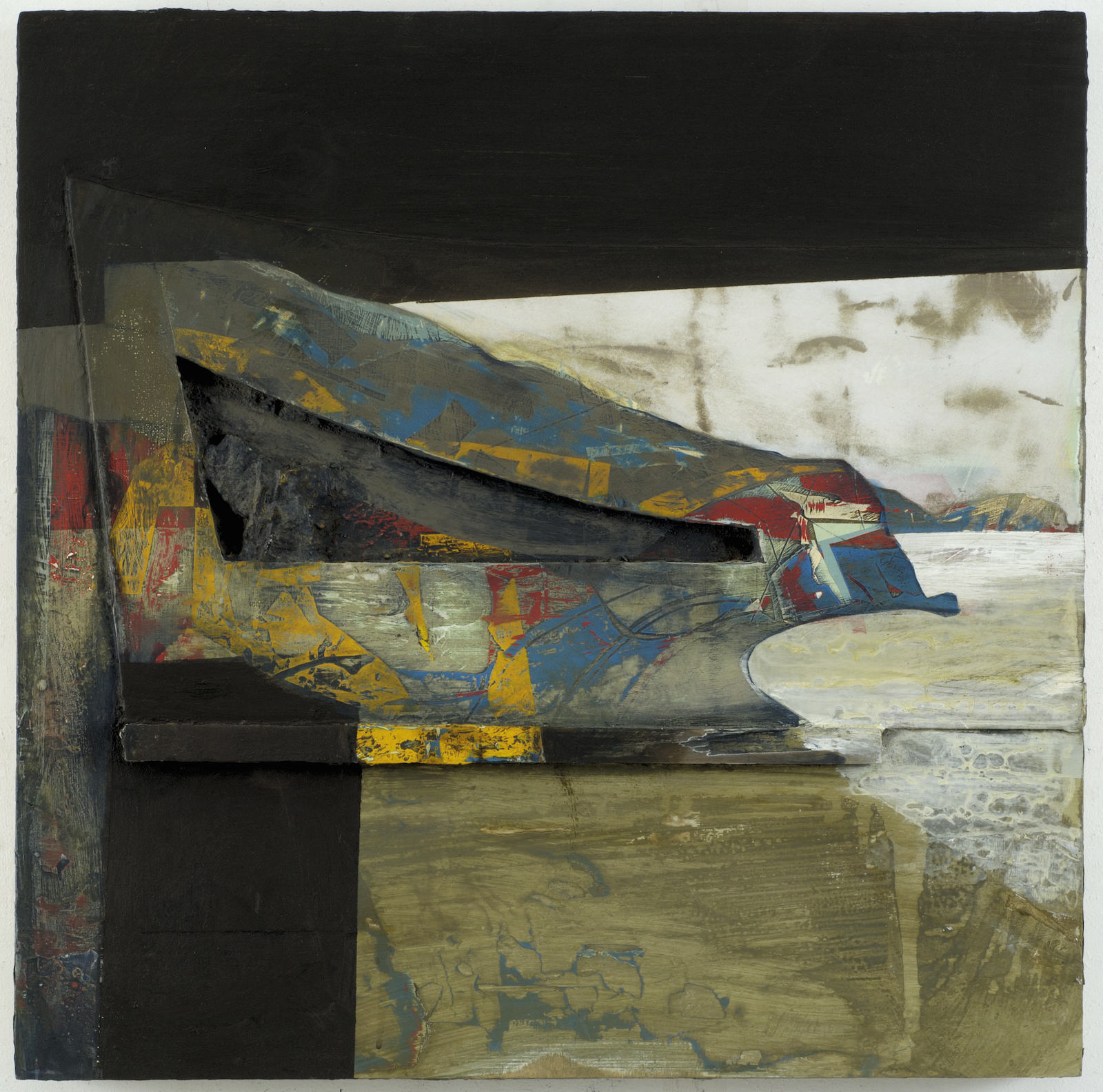