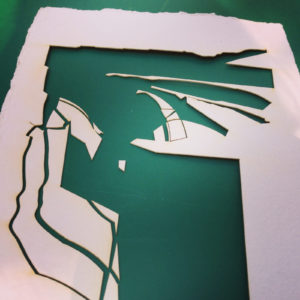 The attractive form of Lulworth Cove formed due to the effect of the erosive power of the sea on the vertical layers of different types of rock.

At some point in the past, the river would have punched a hole in the hard Portland Limestone that formed the cliffs. Once the sea could breach those rocks, it quickly eroded the much softer rocks behind, widening the gap and creating the rounded cove.

This process has happened in several places along the coast here and is still happening.